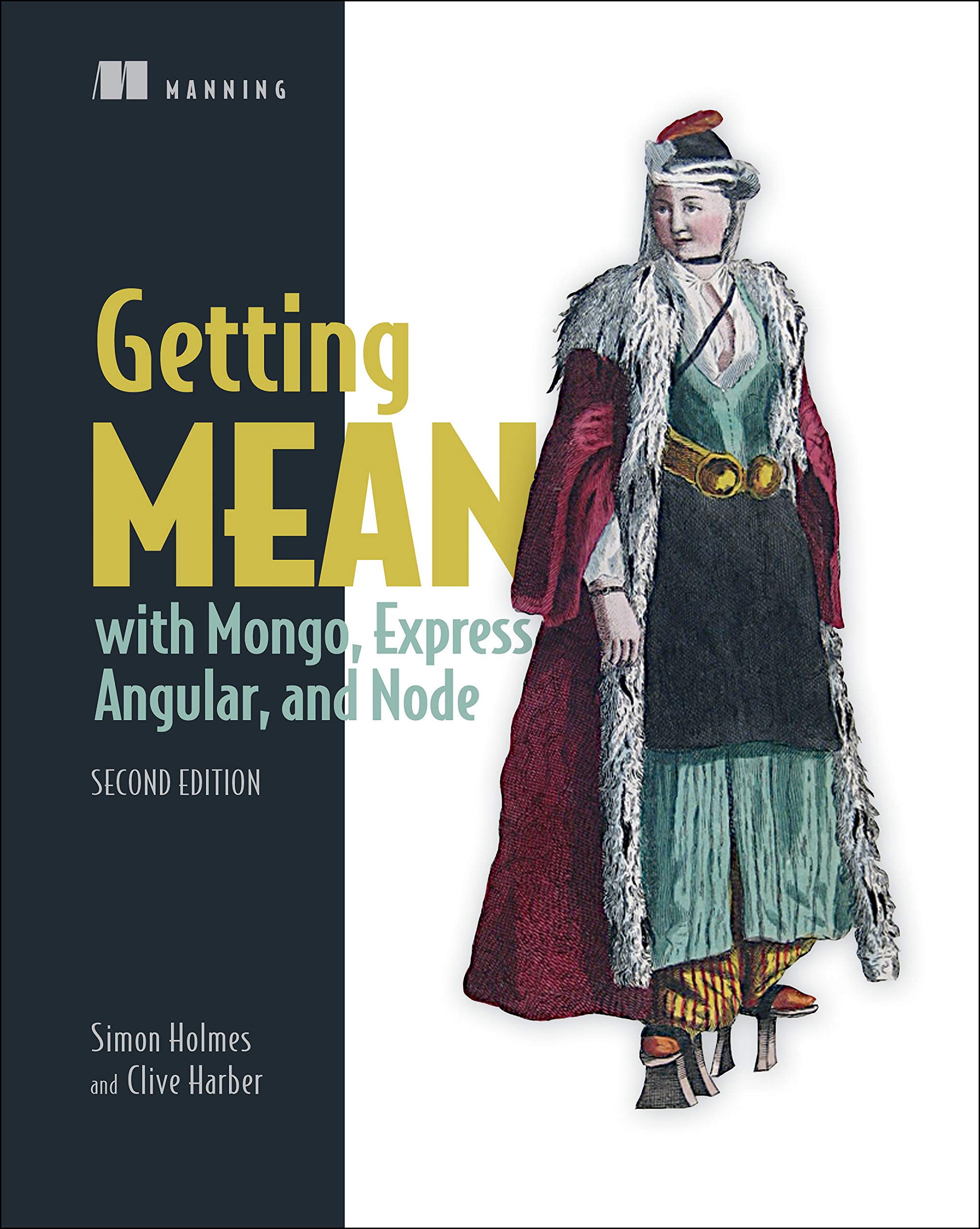 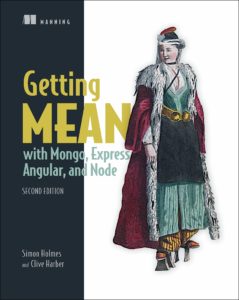 The first book about full stack integration between Mongo, Express, Angular and Node.js systems is designed for already experienced developers who do want to create a fully JS web applications from end-to-end. The stack of technologies offers rapid and responsive whole websites or a set of micro-services combined with each other.

The book is focusing mainly on integrations between the layers of stack as well as fully practical examples to use on your own web applications. It goes from setting up a simple dummy project, through writing REST API then consuming the same API from inside of Express.

It talks about adding Angular to existing website, creating single-page site and then writing a fully working example of a running site. The book quickly ends with sessions, securing endpoints and authentications which really should be talked a bit earlier (I can’t remember the last book which finished with authorization chapter, so it’s quite unusual). The book lacks of deeper explanations of each technology, like: deeper look into possibilities with MongoDB and talk through the some core features of Angular for instance. Because of the MEAN concept taken, it does not explain all the other potential website sections and will ignore any further explanations on the revised technical subject.

The document language is well written for a standard easy to read format. Because of the 2nd edition, all the bugs found in 1st edition are fixed and there is really not much else I found myself. The whole picture is however destroyed with lousy typography with almost no line height for a text and massive paddings around the margins.

The font size is also a bit too small, which makes it harder to read if you are do not hold the book directly in front of your face. You would think, that, this would be improved in the newer edition but it wasn’t, not sure why. In practical sections there are just too many screen-shoots of result which are not that different between each other so they just feel like waste of space.

As for the integration book, the examples included are just great overall. Nothing else makes a reader happier if he/she is doing a complete working site during learning of new subjects. This is just really good approach to teach new technologies in practice.
There are a lot of graphical tips to the included source code which helps finding out the referenced place. Great approach to explain difficult and advanced technologies.

The book definitely is recommended for any JavaScript full stack developer, however you may want to get a cheaper first edition instead. It’s well written but focuses only on a core aspects of the websites. For any additional knowledge you would have to search in the official docs, which are quite good written too.

Currently the 2nd edition of the book is priced at $38 however it’s recommended price is set to $44 which is way too much and much higher than $32 for 1st edition. In which case, get the cheaper one instead, don’t worry about older version (from 2015), it’s not that hard to just update the whole stack without too much trouble (well apart from Angular maybe).

1 thought on “Getting MEAN with Mongo, Express, Angular, and Node, 2nd edition – Review”